Waking up to the sound of the harsh winds of the typhoon rattling the window, our time in Shanghai had come to an end and we were ready to venture deeper into the outskirts of the region and experience a slice of ‘real China’. After a quick scramble to gather all our things and a race to make the tour bus that was taking us, and thirty odd other enthusiastic Chinese tourists, out of the city, we were on our way to Wuzhen Water Town. 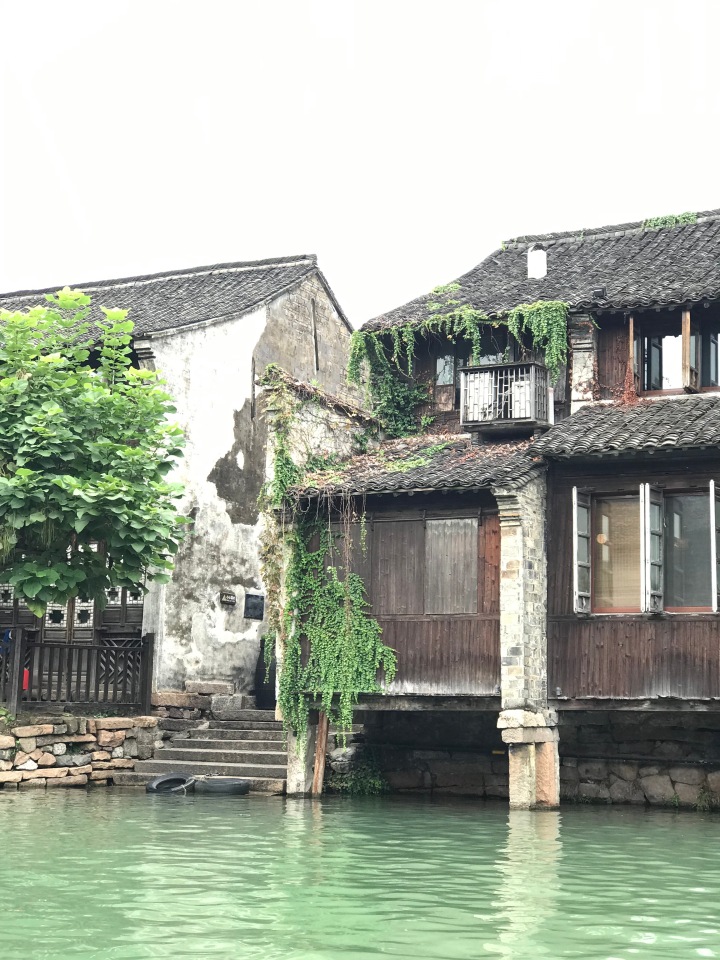 Two hours outside Shanghai, Wuzhen and its scenic waterways is a hotspot for tourism and a definite must see when in the Zhejiang Provence. Buzzing for a taste of authentic China, we dropped our bags in the motel the tour company had organized for us and hopped back on the bus that would take us through the gates of this legendary city on water. 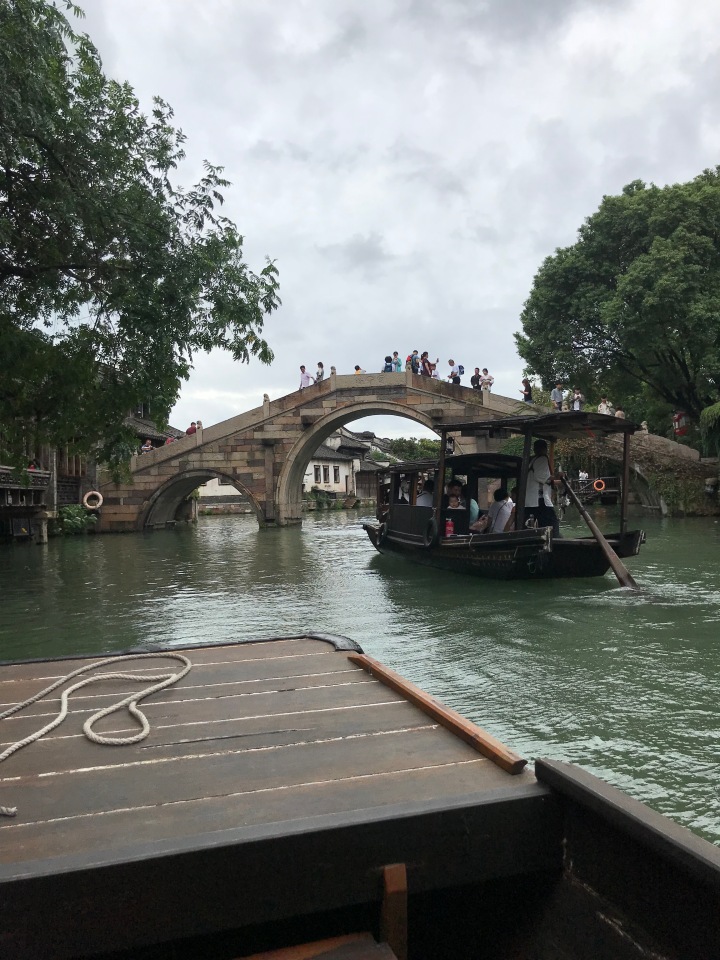 I wasn’t entirely sure what to expect out of this excursion but I can assure you I wasn’t left disappointed. Carefully crafted architecture, bridges galore and canals laced with ancient boats not unlike the gondolas in Venice, had my jaw hitting the wooden walkway again and again. As we were taken there by a tour company, we were left with six hours to kill wandering through the narrow alleyways and cobbled streets. (– more than enough time if I’m honest as once you’ve tried a bit of everything from the food stalls and had a go on a boat you’ve pretty much seen it all.) 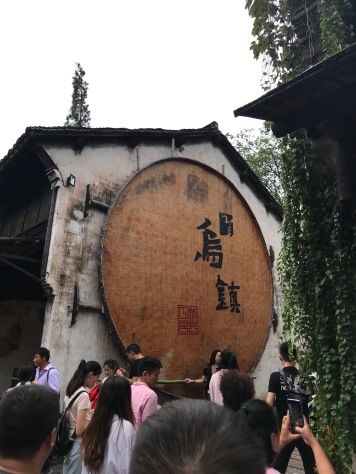 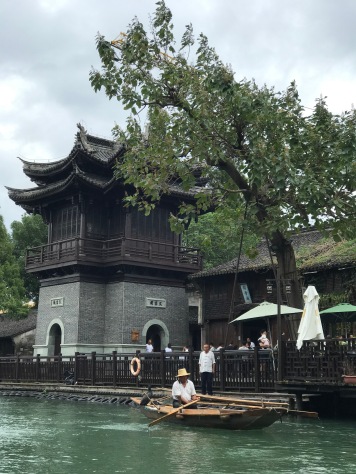 Blessed with a glorious day of torrential rain, our options were slightly limited so we decided to spend time checking out the local bars and kill time over cocktails. After eating up a few hours and noticing clearer skies approaching, we abandoned our post in the tiki-esque bar and ventured out on to the ridiculously crowded main street in search of noodles and a ticket for a boat ride. 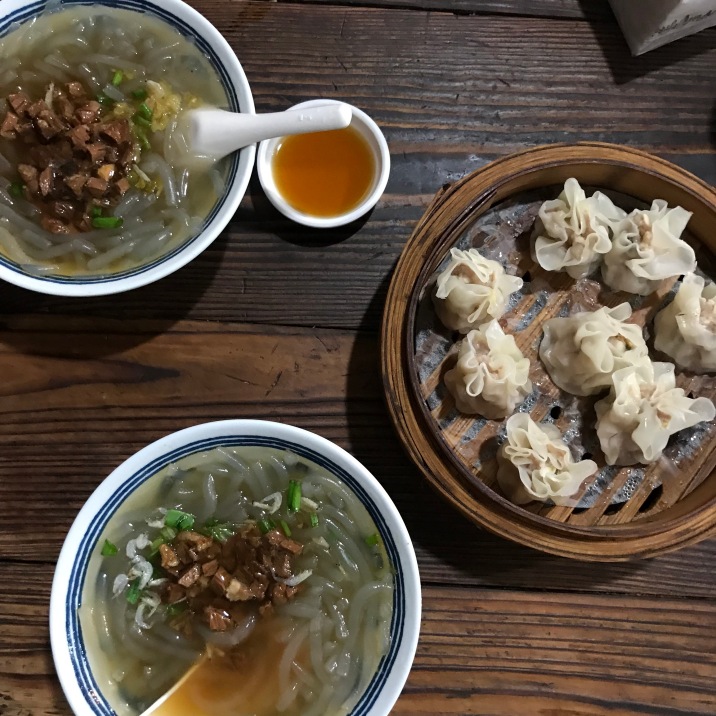 Embracing the novelty of the scenic river ride, we were ready to go in search of dinner and the bus that would take us back to the motel. Successfully soaked through as the rain continued to pour down, before we left I need to use the bathroom. Now I wasn’t unaware of the toilet situation in some parts of the country but had managed to avoid any run-ins with the notorious squatting potty in Shanghai. This was not the case in Wuzhen, a massively traditional town that took a liking to burning your thighs every time you needed to pee – let’s just say for the rest of the trip I crossed my legs for as long as I could! Safely tucked up in bed after a great day of sightseeing, it was time to get some rest before our 5 am start in the morning and our departure to the provincial capital city, Hangzhou. 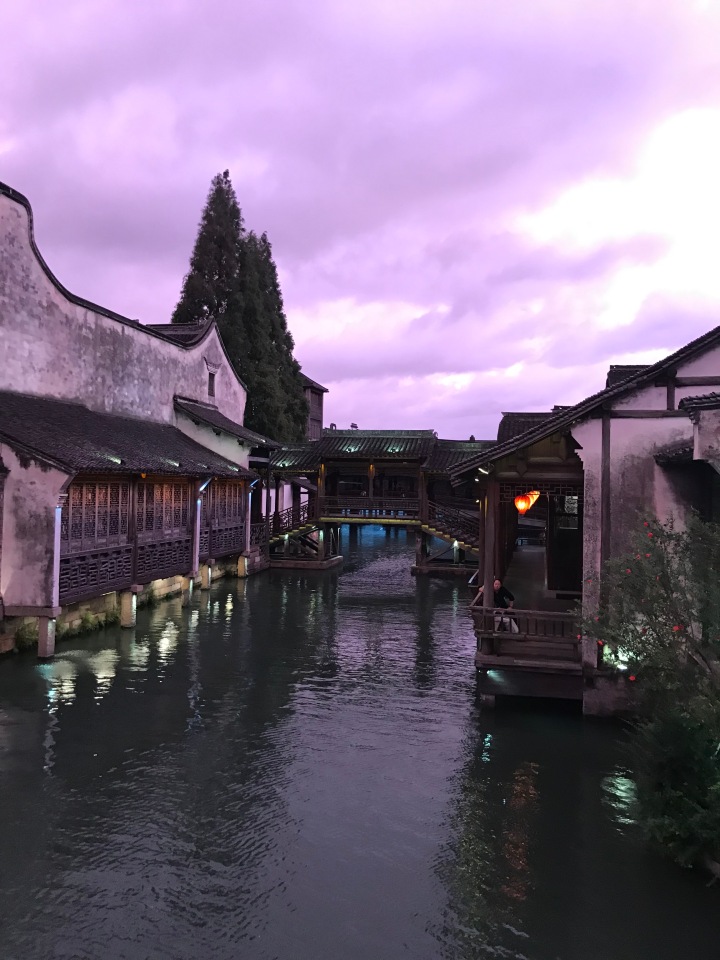 Similar to most of the big cities in China, on first look Hangzhou doesn’t seem to be anything spectacular or special however take a closer look and you’ll discover its must-see hidden gem. Inspiring many poets and artists all over the world, West Lake is a real sight for sore eyes and the next stop on our adventure.

One of the hottest days yet, we were glad for the slightly cooler temperatures by the water’s edge and found seats on one of the traditional ferries, which would take us to the islands. Home to the famous five-story Leifeng Pagoda, numerous temples, perfectly manicured gardens and arched bridges to beat the band, the lakes will fill up your camera roll and then some. After a few hours strolling through the leafy paradise, we clambered on to a small local bus avoiding a near death by eager tourists risking their lives for seats, and made our way to Songcheng Park.

One of the most unusual places I’ve ever ended up in, the park replicated a theme park entirely dedicated to the ancient dynasties of China with its main selling point being a show of song and dance taking you through the different eras of power in the country. A worthwhile stop nonetheless, Songcheng was our final stop on the tour and once the show ended we rushed to the train station to catch the train to Ningbo.

Walking into Hangzhou station felt like taking a step through the screen of an Apple computer. The futuristic building was a tourist attraction in itself with its sterile white architecture and electronic timetables that topped each pod leading to the various platforms.  Starbucks in hand (as per usual) and a head reeling from the sensory overload of the past few days, we settled into the comfy chairs of the bullet train and watched the city’s lights turn on as we continued on the next leg of our holiday of a lifetime.

To rent or not to rent...? is the question I’m digging deeper into for my latest feature in @womans_way magazine 🙋🏼‍♀️
picture perfect 🇪🇸
happy place 👒
could get used to this 🍓